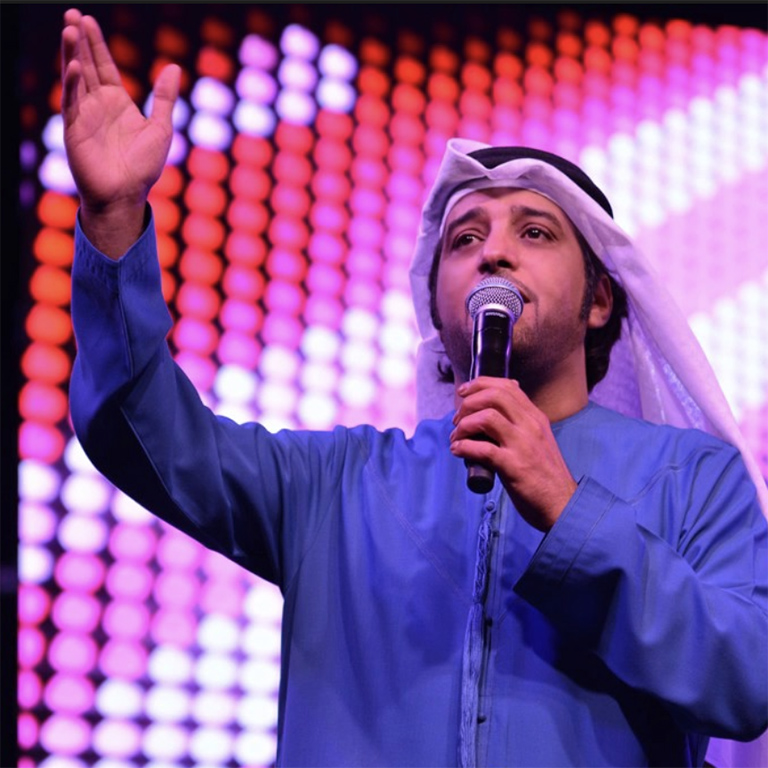 Eida Al Menhali is an Emirati singer. Best known for his hit single "Motasoa", he headlined performers at the Mother of the Nation Festival in 2018 at the Abu Dhabi Corniche, Abu Dhabi.

Al Menhali is also a composer and poet and often performs poetry without musical instruments. This style of performance is known in Arab world as Al Shallat. Having released his debut album, Mahma Jara, in 2002, Al Menhali has released six albums since. He has also toured extensively across the Persian Gulf and Middle East, performing in well-known festivals such as Hala February Festival, Salalah Concerts and Jerash Festival.

Al Menhali has garnered praise from many local publications. Khaleej Times has described him as "a hugely popular artist in the region". read more