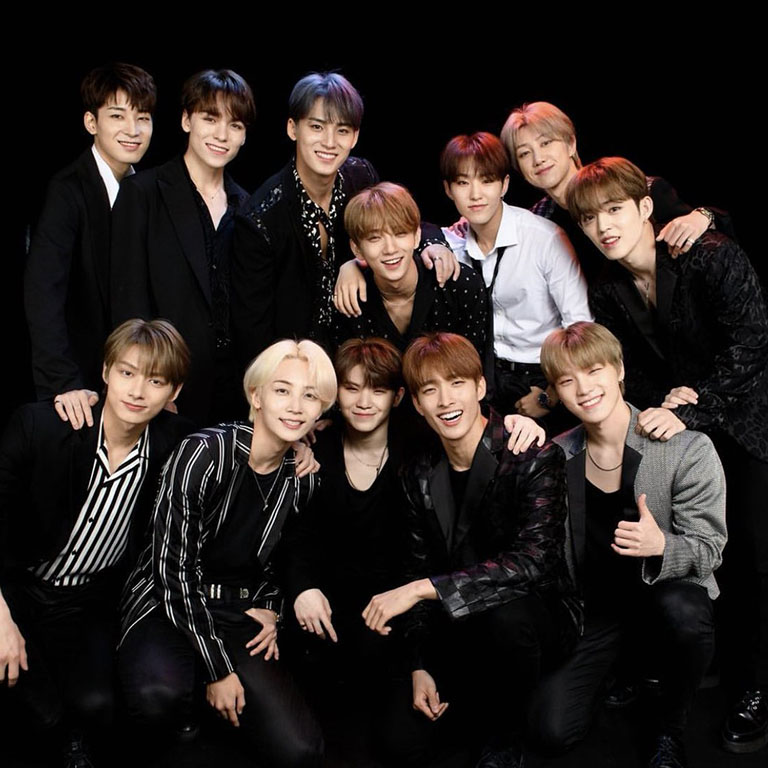 Seventeen (Korean: 세븐틴), also stylized as SEVENTEEN or SVT, is a South Korean boy group formed by Pledis Entertainment in 2015. The group consists of 13 members divided into three sub-units, each with a different area of specialization: a 'Hip-Hop Unit', 'Vocal Unit', and 'Performance Unit'. Seventeen has released three studio albums and six extended plays.

Seventeen has been considered a "self-producing" idol group, with the members being actively involved in the songwriting, choreographing, and other aspects of the group.