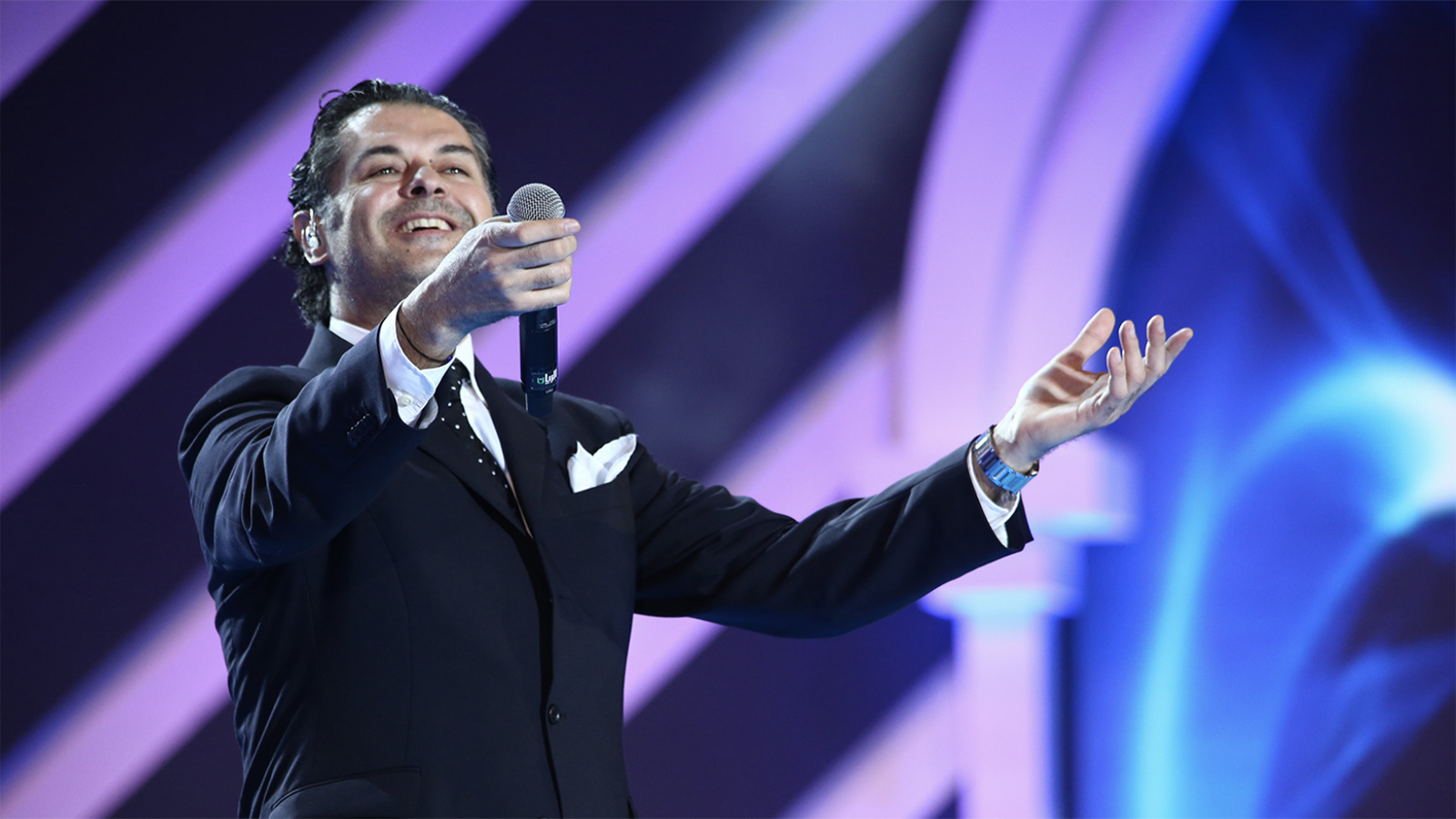 Ragheb Subhi Alama is a talented Lebanese artist and icon of the Arab music, born on June 7,1962, at Beirut. He won several awards during his career and is remarkable for his innovation to the Arab music by being the first singer to release a video clip.

Like many other artists , his great achievement was his participation in the notorious TV show ‘Studio Al Fan’ in which he won a platinum award. He then started multiplying his appearances in TV shows, especially after the release of his first single ‘Bokra beybrom doulabekk’.

Ragheb Alama held the record for a bestselling artist several times. He is also considered as one of the new icons and talented artists who has won several awards such as the platinum disc, the best Arab singer for several years, the Golden Oscar of Cairo’s Music Festival, the Key of Michigan and other nominations. read more