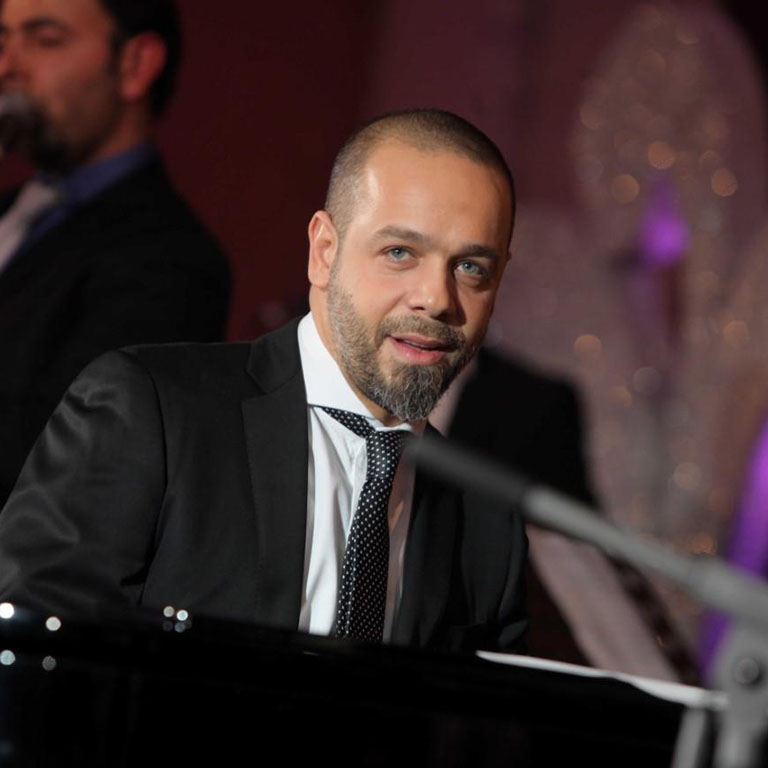 Well renowned for his extraordinary musical talents, Michel Fadel has made an indisputable name for himself in the music world.

Born into a family of artists, at the age of 8 he won the first prize in the youth Competition at the University of St Esprit at Kaslik. From there his hobby went on to take a whole new form.
Michel obtained his masters degree in classical piano at the Higher National Conservatory of Beirut and graduated with excellence.
His passion for music enticed him to follow it to France where he studied composition and orchestration at the Bologna Conservatory.

He went on to becoming the main pianist for Fairuz, Majida El Roumy & Julia Boutros.

In addition to working with many renowned artists in the music industry such as, Assala, Wael Kfoury, Nabil Choueil, Elissa, Saber El Rebaii, Hussein El Jasmi and more!

In 2000, he made his way to Hollywood and participated in the World Championship of Performing Arts as an instrumental composer.

He won the first Prize under his category: Grand Champion Instrumentalist of the Year 2000. read more