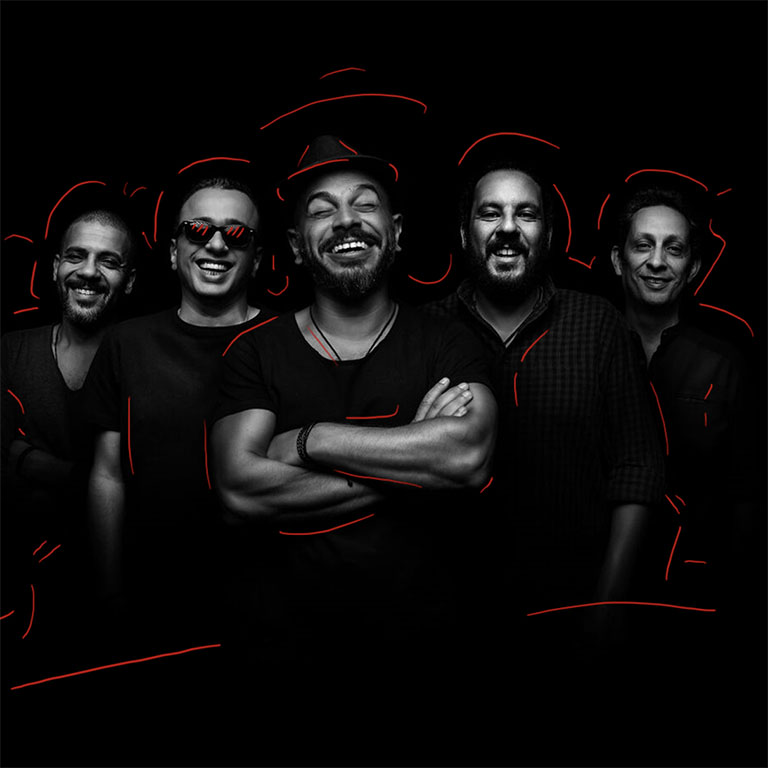 MASSAR EGBARI means “Compulsory Detour”, which resembles the society we live in today. They specifically chose this title as it explains how we are expected, or rather, dictated to behave and dress in certain manners. Both, in title and in spirit, the band pokes fun at typical social norms and trends, which is clearly reflected in their music and chosen lyrics.

This sarcastic name was created since the band members felt that the society is trying to imply its power over people starting from their childhood till the day they die. This social power wants to stereotype everything including the way people think and feel, leaving no space for creation and innovation.

Massar Egbari presents music and songs talking about the social problems. Love is not thier main concern although it represents a part of our songs. Through the members’ different musical backgrounds, the band is presenting a kind of Alternative Egyptian Music, mixing rock, jazz and blues with some Oriental music. read more