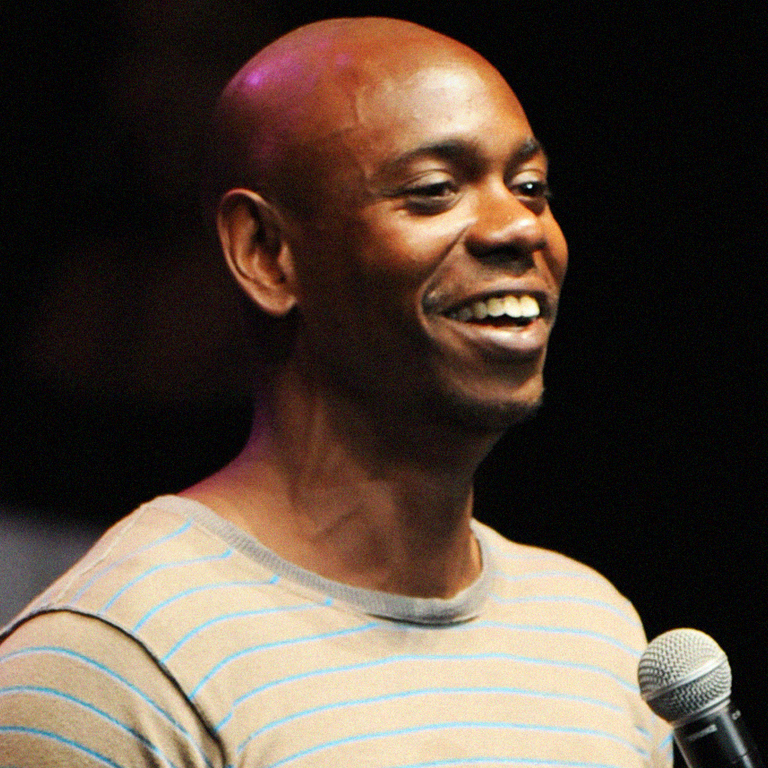 American comedian Dave Chappelle is one of the world’s comedy heavyweights. From his sell-out stand-up tours to his hugely popular, Chappelle’s Show, he has established himself as one of the funniest men in the business earning an impressive 43rd place ranking in Comedy Central’s ‘100 Greatest Stand-Ups of All Time’ list.

Born in Washington D.C., Chappelle made the move to New York to pursue a career in comedy. He made a name for himself and at 19 years old, made his film debut in Robin Hood: Men in Tights. The role was well received and saw him receive further acting roles in the likes of ‘Getting In’ and sitcom ‘Home Improvement’.

Chapelle continued to perform in movies, working with Eddie Murphy in ‘The Nutty Professor’ and Nicholas Cage in ‘Con Air’. It wasn’t until 2003 that his self titled sketch show, Chappelle’s Show would become a household name in comedy. The sketch show, which ran for 3 seasons, parodied American culture and created several memorable characters that Chappelle is well known for portraying.

Moving away from Chappelle’s Show, he began to work on a range of stand-up shows, infrequently appearing at various awards ceremonies and on TV, including appearances on Inside the Actors Studio.

Chappelle’s career took another big boost when he headlined a tour sponsored by Funny or Die and also starring the Flight of the Conchords. He regularly appeared on The Tonight Show and Late Night with David Letterman promoting his Radio City performances in 2014 before hosting Saturday Night Live in 2016. The same year, Netflix confirmed that three Chappelle specials would be released on the platform, marking his first comedy specials in 12 years.